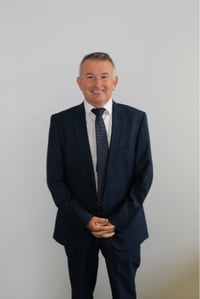 Alan is Director of Sales and Customer Care. Alan left school and started a career in catering. He soon became a qualified chef and worked at many high profile establishments before entering into the field of Catering Management. Alan quickly progressed to Blue Chip companies, such as BCCI, before changing direction and utilising his natural flair for sales within the industry. Alan received many accolades within the industry and his marketing ideas won him many awards.

Alan lives with his partner in Leigh-on-sea and has three children. During his down time he spends time with his grandchildren, playing sport and has a love for cooking. He is also a season ticket holder at Chelsea FC.